Domestic Abuse… men are affected too!

All too often, when we discuss domestic abuse by partners or ex-partners, we assume this affects only women. While it is true that 1 in 4 women will experience domestic abuse, for men this figure is 1 in 6. We know that reaching out for support can be hard to do, and for men, it is often even harder for the fact that it is not taken as seriously, often… it comes with an additional stigma.

Steve was married for twenty years. During his marriage, he was subject to emotional abuse and on occasion physical abuse which became worse over time. His wife was subsequently arrested and charged of domestic abuse.

In Steve’s own words about the journey he has been on:

“I suffered mainly emotional abuse throughout my former relationship, but during the last six months, the abuse became more physical, which eventually led to my wife being arrested and placed on bail.

During the first five months of being separated from her, I didn’t seek any help as I thought I could deal with it myself but was also afraid of the stigma that came attached to a husband seeking help for abuse perpetrated by a female.

I was nervous about how the service would react due to the stigma I felt as a man discussing domestic abuse. When I first spoke with the project worker, all these fears quickly evaporated as she put me at ease and treated me as I imagine anybody else that uses the service. During our sessions, we discussed many things, including exploring the reasons why I let this abuse go on for many years and in particular, co-dependency.

Rise gave me such insightful knowledge and in doing so, they empowered me to make sense of the situation and start to live my life more positively. They also gave me invaluable advice on how to deal with my daughter’s feelings and how to be there for her should she need to reach out in the future, including the services on offer.

I am tremendously appreciative of the time Rise gave me and the patience and understanding they displayed during the time we talked. I never felt that anything I said or asked was stupid or irrelevant as they laid down the road to my recovery.

On a final note, I would urge any man who is or has suffered any form of abuse to come forward and use the service. Although I still do feel there is a lot of stigma surrounding the subject speaking to people like my project worker will empower you to move on positively with all aspects of your life and in some cases become a better person for it.”

Steve is now doing well having had support from local charity Rotherham Rise, and was able to start recognising and acknowledging the dynamics of abuse in his marriage and the wider impact of abuse; like the effect of it on his children. He feels much more confident to move on with his life.

With the help of the Rotherham Safer Partnership, we have been able to extend our hours and Web Chat support. 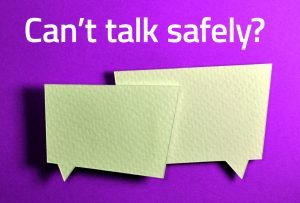 Do not suffer in silence! 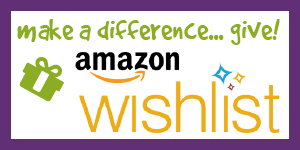